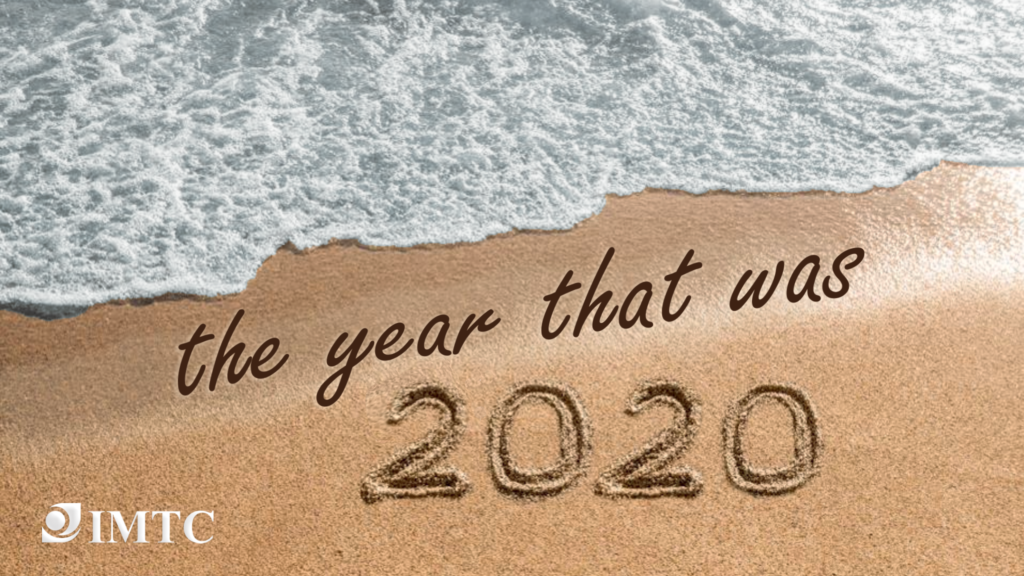 We will always remember 2020 as the Covid year and everything that went on as part of this unprecedented year. It was a year that changed history and will continue to make changes to our lives and livelihoods. In the financial services industry, we are still analyzing the changes that have occurred and the ones that might come. Humans learn from history, so it is said, but not when the history is suppressed, hidden from view, the truth is “minimized” or lies are spread; then do we learn? Covid and the politics of Covid are certainly teaching us this. Remembering Vice President Al Gore we can argue that: “most inconvenient truths are suppressed while convenient lies are spread”. Blaming social media is certainly common nowadays.
For me, human behavior has been on my mind: thinking about it, reading about it, analyzing it. And along with human behavior, all that is related: culture, society, government response, freedom, discipline.

The 1918 “Spanish Flu” killed around 50 million worldwide: around 15 million in India, 228,000 in the UK, and 675,000 in the United States– much more devastating than our current pandemic. Not caused by WWI, but spread by soldiers returning home, the story was suppressed by governments engaged in the war effort for fear it would damage wartime morale. In Spain, which was not fighting in the war, the press reported the pandemic, which led to the pandemic carrying the name “Spanish Flu” even though it didn’t originate in Spain.

What did we learn from the Spanish Flu? Not much, it seems. Viruses were not discovered until the 1930s. The Spanish Flu was deadly, and fast to act; it killed 10-20% of the people that contracted the virus, regardless of age. Just as with Covid, governments were slow to act and fearful of public response; “don’t panic, it’s no big deal” was the motto, they chose the economy over public health, and were often inconsistent. But not all governments. Some governments in Asia learned from the Asian Flu pandemic and acted from experience. Taiwan, for example, has had great results through this pandemic.
Culture plays a major role as it dictates human behavior and government response. Will we in the West learn and change our behavior next time around?

This pandemic has changed surely changed human behavior. How much has human behavior shaped the outcome of the pandemic? How many of these changes will be carried forward, post-Covid? How will these changes affect our work, our lives, our companies, the clients we serve, our services, and our products? Are they going to change eventually regulations and policies? How will human behavior change financial services? Is everything going digital as most predict? Or are we going to crave human interaction? Or both at the same time, blending and juxtaposing? As a person who believes marketing success depends mostly on understanding human behavior, this has been one of my concerns of late.

Dr. Neela Saldanha2, an Indian consultant and behavioral economics scientist wrote, with Dr. Sema Sgaier, Harvard professor on Global Health, an article in the Harvard Business Review titled “Biden’s Covid-19 Task Force Needs Behavioral Scientists3” in which they argue, very convincingly, this need: “If there’s one thing we’ve learned, it is that the Covid-19 crisis is as much a behavioral problem as a medical one”. John Toon writes in a Georgia Tech article4: “In the midst of the coronavirus pandemic, two human factors are battling it out: awareness of the virus’s severe consequences and fatigue”. It seems that the graphs of the pandemic in different countries show that they are more influenced by human behavior than by biology. And in this time and age, human behavior is mostly influenced by news and social media, as well as “driven by our own identities and contexts: the circumstances we’re exposed to; the constraints we have; the people with whom we interact; and our goals, beliefs, and values.”5

Financial Services and the pandemic

Financial Services clients – and the organizations that serve them– try to understand human behavior and act according to what they believe their clients need and want. Big consulting firms have written profusely on the effects—observed and potential– of the pandemic on the financial sector: banks, insurance companies, asset management firms, etc.

Access to money, the handling, and the use of money, it is deeply rooted in human behavior. There are many socioeconomic factors that influence the use of money: age, race, ethnicity, education level, location, as well as ideals, values, culture, identity, propensity for hard work, expectations, optimism and of course family history and inherited opportunities.

For the International Money Transfer and Cross-Border Payments industry (IMT & CBP), mainly driven by migrant remittances, many human behavior issues have been also at play. For me two things stand out: resilience and access to channels.

By resilience I mean that in spite of all the worries and predictions in the early days of the pandemic, remittances didn’t fall in 2020 by 20% to 30%, as most of us expected. In fact, remittances to some countries were higher than in 2019. Yes, there are many regional differences such as the remittances from Europe more affected than the ones from the US. Industries that were deeply impacted and use migrant labor such as tourism, hotels, and cruise lines, created a major blow to countries that provide such labor force, such as The Philippines. But when we see the year’s results, even The Philippines, will see a volume in 2020 similar to 2019; even a possible increase of 1 to 2%. Migrants in the host countries, even with their fears and insecurities, sent money home to care for their families. It is true that migrants have been working at jobs deemed essential, shifted jobs if needed (such as taking delivery jobs) and have been able to ride out economic turbulence.

In the first months of the pandemic we saw a clear shift to digital channels in the origination of remittances as cash agents were closed or severely restricted in spite of being designated as essential services in many countries. The shift was also seen in the distribution of remittances. In an August article, PYMNTS 6 discussed that even if the pandemic has put up serious barriers to economic growth, some segments of payments – especially remittances – the pivot has opened pathways to sustained growth. From Remitly, which raised $85 Million in 2020 to the numbers coming from Western Union and MoneyGram, which have reported digital transaction growth in the later part of this year, the year has been surprising.
WU’s CFO Raj Agrawal noted that 80 percent of new customers coming to digital are wholly new to the company: “This is not a shift because this digital growth isn’t coming at the expense of our retail business”. I have been noting for several years that I believed the digital growth has not been coming entirely from cash agents-to-app shift.

Or is it? Is there a shift in migrant behavior happening here? Traditional companies have fared fine during the pandemic, or so it seems. Certainly, anecdotical information points to the closing of smaller cash agents through the pandemic, which has benefited larger retail store chains that provide many services besides money transfers and can better manage the shifts in the market. Many cash agents are devising creative ways to use digital means to get their customers to use their services.

The need for information

The International Money Transfer and Cross-Border Payments industry has never been very good at doing market research, especially with regards to customer behavior. So the information is very scarce. Every CEO in the industry thinks that he or she knows its customers very well. Traditional companies relied on information from their field salesforce, the individuals that were assisting agents or recruiting new ones. There were hundreds, but they have been significantly reduced. Thus information is failing to reach the top.

Some digital companies have done good work trying to understand consumer behavior with interesting focus groups, for example. But they will all have to admit that with very little research they have been successful in growing. Companies wanting to come into the industry seem to be more eager to understand and analyze customer behavior to seek to either provide services to the industry or compete.

The disconnect between academia and researchers is quite large too. That is the main objective of IOREM, the International Organization for Remittances and Migration, an NGO now chaired by Dr. Sabith Khan who recently published a book titled “Remittances and International Development: The Invisible Forces Shaping Community” 7 co-authored by Daisha M. Merritt. I am proud to help Sabith, Daisha, and the new IOREM Board to bridge the gap between academia/researchers and the industry. Besides this, IOREM is advising graduate students in doing thesis and dissertations related to Remittances and Migration – a summer workshop is in the planning stages, and the ball is rolling. Read Ph.D. candidate Denisse Delgado’s piece titled “U.S. Restrictive Policies on Cuban Remittances: Effects on Cuban Families and the Emerging Private Sector on the Island”: http://bit.ly/2MkmTjw.

I am also involved in a Consumer Money Transfer Study by Paygility, a NY-based advisory firm, where I am providing advice and feedback to ensure the study is relevant and provides its sponsors, and the industry in general, a better understanding of where we are and where we are heading. If you are interested, drop me a note.

One thing that we cannot deny is that the International Money Transfer and Cross-Border Payments industry is thriving.