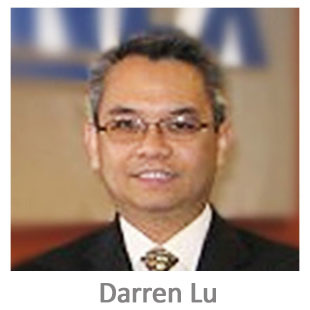 Darren Dat Lu escaped communist Vietnam with his mother and five other siblings, landed in Thailand in 1980 while his father was imprisoned in a re-education camp after the communist takeover.
After the Thai refugee re-settlement camp, the family eventually made its way to the United States and settled in Bronx, New York. Darren is a gifted student; he attended the Bronx Science High School and was offered a full scholarship to Harvard University.

While at Harvard, Darren was introduced to the Vietnamese Student Association’s community outreach program funded by Harvard’s Kennedy School of Government. He volunteered to teach and helped organized the “Refugees Youth Enrichment Program.”
Lu’s path to the telecom’s world of business came when he joined an advertising agency as an account executive overseeing MCI’s advertising work. In a business trip to Vietnam, he stumbled upon a hot business venture at the time – phone cards.
On Dec 11, 2004, Darren founded and launched Lunex’s first phone card to Vietnam. “Honest minute” phone card. After the initial 3-months launch, Lunex achieved its first millionth minutes to Vietnam and by it’s first anniversary, the company hit another milestone of 5 millionth minutes to Vietnam.
Lunex has now a 130+ staff worldwide and offers International Long Distance to 70+ tier 1 carriers interconnected worldwide and International Top-Ups to + 330 mobile destinations in +114 countries.