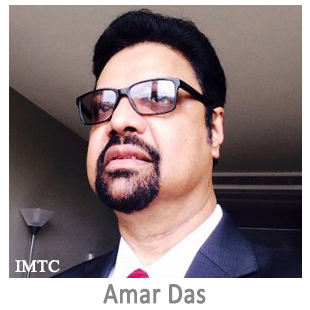 Amar is the Managing Director of International Sales for Sigue Global Services, based out of London. He leads and manages a huge network of sales agent locations and the related payment infrastructure spanning across four continents. Sigue Group is in the top four Money Transfer services in the Americas and one of the top MT players globally.

A veteran of over 20 years in the International Money Transfer industry, Amar has the unique achievement of laying the foundation of the industry in South Asia, Middle East and India as the first Region Head of Western Union for the region during mid-nineties. Under his initiative, 17 countries of the region introduced the agent based ‘instant cash transfer’ service. The region now has grown into the premier money transfer destination of the world. Amar was also involved with major start-up ventures focused on remittances, like Nexxar / Omnex  and MoneyDart Global Services in the US where he helped develop their business from conception and planning to implementation stage. All these companies are now operating as successful business entities in the North America corridor.

Amar earlier had started his career as a banker and held important assignments as Director and Head of NRI Services – American Express Bank , New York, Vice President  of Investment Services – HSBC, New York, and Management Trainee / Manager of State Bank of India. He has done his Master in International Affairs from Columbia University in New York. He is widely regarded as an authority on International Money Transfer markets and  has addressed several international money transfer conferences in USA, Middle East, Europe, India and elsewhere on the subject.‘