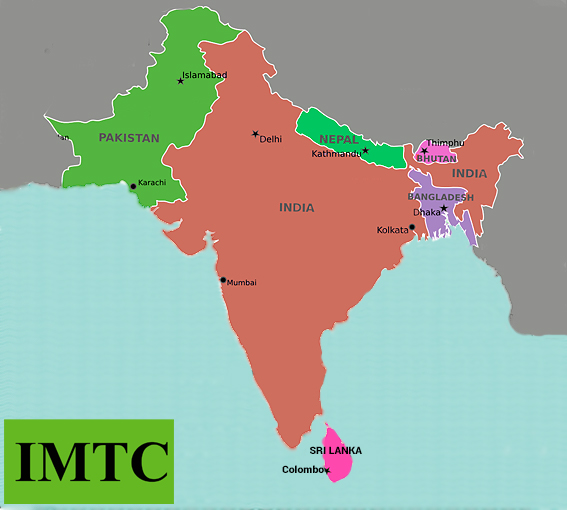 In this article I examine published reports by the World Bank regarding the growth of remittance volumes to the South Asian Region, especially to India, Nepal, Pakistan and Sri Lanka and their trends, compared to comments expressed by colleagues regarding the growth of the volumes of companies serving these corridors. When in the latest World Bank Remittances & Development Brief dated April 2016 the growth of overall recorded remittances to the region was about 2% for 2015 most comments from the industry placed their growth much higher than that. Although I do not have exact figures I have taken the liberty of discussing these issues as a way to open the conversation and hear comments and ideas, especially in light of the coming IMTC ASIA in Delhi in September 19-21.

In his latest Remittances & Development Brief dated April 2016, Mr. Ratha and his team and the World Bank Migration and Remittances Team commented that remittances to the South Asia Region (SAR) are estimated to have grown moderately in 2015 by around 2%. The continued economic uncertainty of high-income remittance-source countries and the impact that oil prices have had on remittance flows from GCC countries have certainly impacted a more favorable outlook for 2016 and beyond. Maybe the improving economic prospects in the United States and the increase in oil prices, plus the continued spending on developments projects in the GCC countries and the brighter outlook for the economic improvement of their countries- which makes migrants invest in their home countries, can make the reported remittance volumes grow.

In the last paragraph of this article please give me your opinions on the “Remittance Addiction” term used by journalists in newspapers in the US (Wall Street) and other South Asian and GCC countries. Besides the use of a term or not, what’s important here is how oil prices and remittances are linked and how they affect remittances. Low oil prices can benefit oil importing countries but it can also hit hard countries that depend on high oil prices for their remittance volumes.

The five-year average growth of recorded remittance inflows for the region (2010-2015) shows three countries with an average growth of more than 10%: Nepal, Pakistan and Sri Lanka (fig.1). Each country has its own story to tell and we must look at the details of each market to understand its dynamic.

If we look at a line chart of recorded remittance inflows, we see how India’s flows have remained close to 70 Billion while the other four countries have also slowed their growth, except Pakistan and Nepal where growth continues.

It is also important to realize that these charts are represented in US Dollar terms, and that the depreciation of currencies of major remittance sources (UK, Eurozone, Canada and Australia) vis-à-vis the U.S. dollar has lowered the U.S. dollar value of those remittances.

SAR and the Money Transfer Industry

Most industry colleagues don’t expect remittance inflow growth to South Asia to be larger than what was experienced in the past decade; they do understand that overall growth has slowed down. But how they explain that their company’s remittance volume growth to the region is larger than the numbers they see in the World Bank and newspaper reports?

The first argument is faith in the market strategy that their companies are undertaking and a strong belief that their organic growth can be explained by that fact. Online & Mobile Channel remittance providers strongly believe that their growth in the region is based on the possibility that migrants have now of “more convenient” means of sending remittances instead of going to agents of MTOs and taking cash. And that can be especially true in the US and Europe.

But why most traditional MTOs have been also growing at a higher pace than the overall numbers for the region and the volumes for specific countries? From the talks I have with colleagues and opinions from panels and roundtables in IMTC, I summarize the reasons, looking at the broader picture, like this:
• The industry has matured significantly in the last decade, consolidation is still happening, now at a higher pace than during the economic crisis, informal flows have moved to more formal channels and weaker agents (and smaller licensed players) have closed their doors (banking issues, more difficult regulation, falling remittance revenue).
All this has significantly help traditional companies to increase their volumes to 5%-7% more than the overall market has grown. I know this might not be the case for all companies serving India and other SAR countries because it depends on the markets where they operate, the marketing strategy and their own individual mix of channels and market penetration. I would like to hear from industry experts and colleagues about their own views and opinions: you can do it in our Linkedin Group post.

The April 2016 R&D Brief reports that the average cost of sending $200 to the region in 4Q 2015 was 5.4% down from 5.9% recorded in 4Q 2014, the lowest cost for remittances among developing regions. MTOs in the UAE waived fees for remittances to Nepal for a period following the earthquake. In India, the average for 1Q16 was 3.10 increasing to 3.25% in 2Q16. The difference in pricing between companies that you can see in the Remittance Prices World Bank Database for the US-India Corridor is quite interesting when you compare rates and services of the major contenders such as Western Union, MoneyGram, Ria, Xoom, ICICI, Remit2India and Wells Fargo. The UAE-India Corridor has prices similar than the US, 1Q16 was 3.23 decreasing to 2.78% in 2Q16 while in the UK-India Corridor the average for 1Q16 was 3.93 increasing to 4.14% in 2Q16, close to 1% higher than the US.
We will be crunching these cost numbers in the next two weeks to examine the difference in pricing in the other SAR corridors originating from the same 3 countries, the US, UAE and the UK.

The World Bank is expecting that in India, following the approval of new payments banks, the improved environment of the Digital India and Start-up India initiatives can reduce remittance costs. However, regulations, AML/CFT requirements, foreign exchange controls, bank discontinuance and de-risking will probably lower the possibility of such reductions.

Since the volume of remittance inflows is so large compared to the remittance outflows from the region, very little interest is placed in the media about them. But in India, the Reserve Bank of India (RBI) data reported that outbound remittances have grown more than three times in the current fiscal year ending March 2016. Indians have remitted more than $4 billion up from $1.32 billion in the last fiscal year ended March 2015. The reason are not well understood although under the “liberalised remittance scheme”, the outflows to pay for studies abroad and maintenance of close relatives in foreign countries are probably the reason, as well as the depreciation of the rupee. Read more.

World Bank data (Bilateral Remittance Matrix, 2014) show that remittance outflows from India are close to US $8 Billion, with more than 50% going to Bangladesh and more than 25% going to Pakistan. The remittance industry acknowledges that there is a large volume of informal remittances to India’s neighboring countries mostly due to the restrictive regulations placed to Non-Bank remittance providers.

As we mentioned at the top, recent articles like the one in the (Wall Street Journal) used a qualifier, “Remittance Addiction” which creates the illusion that the dependency on remittances by a country or region is a deliberate undertaking. My question is: how is that so? Is India addicted? is Philippines, Mexico, Nigeria, addicted? I have serious doubts but I am open for a discussion.

The situation in South Asia is similar to the Russian remittance situation that has everything to do with oil and oil prices. Oil prices and remittances are closely linked in how they affect remittances from Russia and the GCC. Remittances from Russia to Tajikistan, Kyrgyzstan and Kazakhstan were hit hard last year and remittances from the GCC to the South Asian Region are now showing the same stress. The more diversified the origin of remittances for a country the less dependent it is on a particular corridor. Philippines is a great example: although it is also affected by the drop in remittances from the GCC countries, the plurality of countries where migrants send money from makes the impact less worrisome for Central Bankers and the Balance of Payments. It is important to remember that Philippines is one of the very few countries that proactively work in placing their labor force in overseas work. India is also shielded somewhat as it also has remittances originating from other corridors, like the US, Europe and others. I guess you have to spread your addictions. The situation is more complex for Bangladesh and Sri Lanka. Another important fact to consider is that India’s Balance of Payments and the economy have benefited from low oil prices; but you can’t have the benefits both ways.