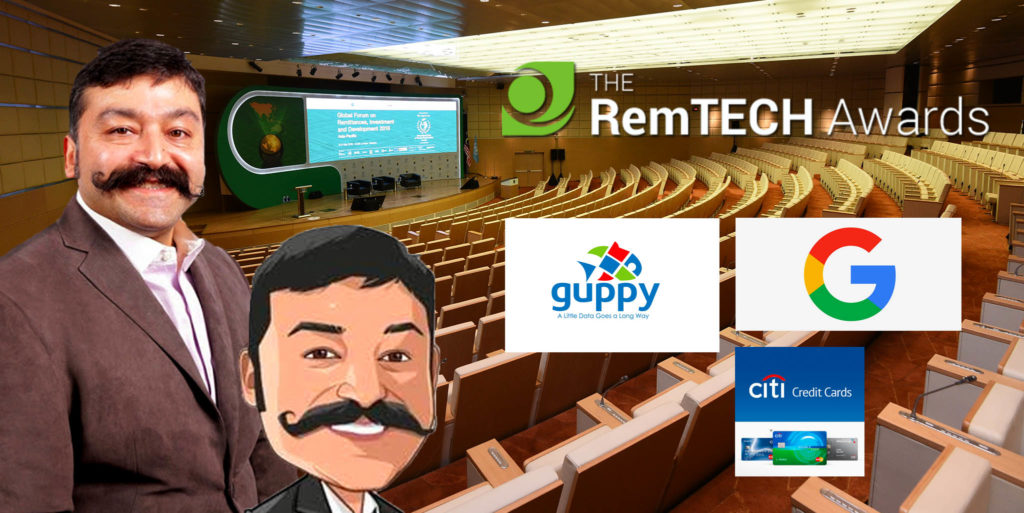 Catching up with 2018 RemTECH Entry, Guppy.ai

I am fortunate enough to speak with Sanjib Kalita, the Chief Marketing Officer who led Money 20/20’s early marketing efforts. Before that, Sanjib worked in payments at Google and Citi Cards for nearly a decade, which he draws upon in his new startup, Guppy.ai. They are putting credit data on the blockchain so that users can have more control over their own data. From his experience, the current system is not benefiting the user nor the credit providers who receive sub-par data. This is an issue in both advanced countries and in areas where credit scores are yet to be developed. As a result, he sees an opportunity on how to apply their platform in emerging markets, the same demographic that utilizes remittances.

With this vision, Guppy.ai participated in the RemTECH Awards 2018 hosted by IFAD, World Bank, and the Central Bank of Malaysia, and earned their place as a finalist inspiring Sanjib to make the journey to Kuala Lumpur where we met. In this post, Sanjib shares learnings from his career and some of the success Guppy.ai has garnered since.

Q: As the mastermind behind the famous Money 20/20 marketing, from the caricatures to the toast, how did you come up with these ideas?

A: Even though I lead marketing for Money20/20 through several years of meteoric growth, we viewed the various facets of the business in a collaboratively, so ideas came from across the team.  As a new business in an already crowded market, we needed to present a clear, bold, and differentiated value proposition. As with all marketing, you need to keep the customer in mind and what they like or dislike. We were trying to reach and celebrate the leaders of the industry — the ones currently leading as well as the ones who will lead tomorrow. At the time, most images of speakers at events were photo-shopped glamour-shots. We took the opposite approach and had a single artist create caricatures of all of our speakers. Ironically, by using caricatures, we made our speakers more human and approachable. After we started sending out caricatures to our speakers, we noticed that they would use them on their social media profiles, resulting in a viral spread of our message and brand. Each year, we also tried to use the caricature to create a fun speaker gift. One year, I read a web article about a customizing toaster to toast specific images on toast and thought it would make a great gift. I think we were the largest order the company had ever received, but they were able to deliver. As we sent the gifts out, we saw that speakers were ‘Posting their Toast’ on social media, which also spread virally. In both of these cases, and with many others, we achieved the strategic goals of being different, being bold and spreading the message.

Q: Fast-forward. You’re onto a new startup, Guppy.ai, which you entered into the RemTECH Awards in 2018. Tell us what Guppy is about.

A: Guppy solves many of the problems in the current credit bureau system with blockchain technology. Current systems are centralized black boxes, where the actual data owners – both consumers and account providers — are an afterthought. With blockchain technology, we’re able to make the system transparent as well as push control to actual data owners at the edges, without sacrificing security. By making data more accessible to the owners, we also have the opportunity to improve data quality, which enables data purchasers to make better decisions. At Money20/20, we were able to better serve the entire ecosystem by breaking silos across industries. We’re doing the same thing at Guppy.

Q: The competition was stiff. You did not win, but you still came to the award ceremony, which was held in Kuala Lumpur, Malaysia at the Global Forum on Remittance, Investment, and Development 2018. You did not intend to be a remittance product originally, but what did you learn from the event that has made you rethink your strategy?

A: Guppy being a finalist was a surprise, so simply being mentioned was more than I expected. Once Guppy made the list, I really wanted to attend the event and hear what the Remittance, Investment and Development community had to say. I had never been to the event so didn’t know what to expect but absolutely enjoyed the environment of learning and relationship building at the event. I’ve never met so many regulators in such a short period, a couple of whom I would now call my friends. Hearing about the challenges faced by [remittance] companies and organizations was seriously eye-opening. I think I might have opened a few eyes as well with what we are doing with Guppy.

Q: You’ve developed the product further since then and recently did win a SPARK Award from Urjanet. Can you tell us about some of the latest updates and what you’re looking forward to?

A: We’ve made a lot of progress since Kuala Lumpur.  In Kuala Lumpur, we had a local blockchain, which enabled us to develop in a controlled environment. We moved to a cloud-based blockchain and it has been successfully running for about a year. We’ve also integrated with a federated identity management system and have had several alpha test consumers using the system.  They’ve been able to access and interact with their own live data since the second half of last year. We have live data feeds from several sources, including Urjanet, which provides utility data. Earlier this year, Urjanet had its annual user conference where we won the 2019 SPARK Award for Financial Inclusion Leadership. Being recognized by our partner was tremendously invigorating and also reinforced the important mission that Guppy is working towards. We’re in discussions with multiple large potential customers and partners. Later this year, we’re hoping to continue our progress and see how other parts of the ecosystem are able to improve performance with Guppy.

Q: Is there a story behind the mustache?

A: I’ve had different permutations and combinations of facial hair throughout my life.  I’ve had long hair and a pony-tail. I’ve had a full beard. I’ve had a goatee. There was even a brief period of time when I had a beard on one side of my face and was clean-shaven on the other side. I never had a handlebar mustache so I decided to try it a couple of years ago. I hid the mustache in a beard for a while so the handlebar would grow in camouflage. Once I shaved it, I found that people reacted to it and felt like they could approach me because of it. I think my mustache might have more personality than I do!  But don’t get too used to it! Part of the reason I change my facial hair is to reinforce how things always change.

Applications to the fourth edition of the RemTECH Awards are now open. The initiative aims at showcasing innovative solutions on remittances and the money transfer pacesetters that are positively impacting the livelihoods of the more than one billion people in the world involved with remittances worldwide. It is developed by IMTC in partnership with Mohr World Consulting, Yokip Consulting, and Cosmo Element and will be held on 25 June 2020 in the context of the seventh Global Forum on Remittances, Investment, and Development (GFRID). Submit your entry today: https://bit.ly/32kKkgs 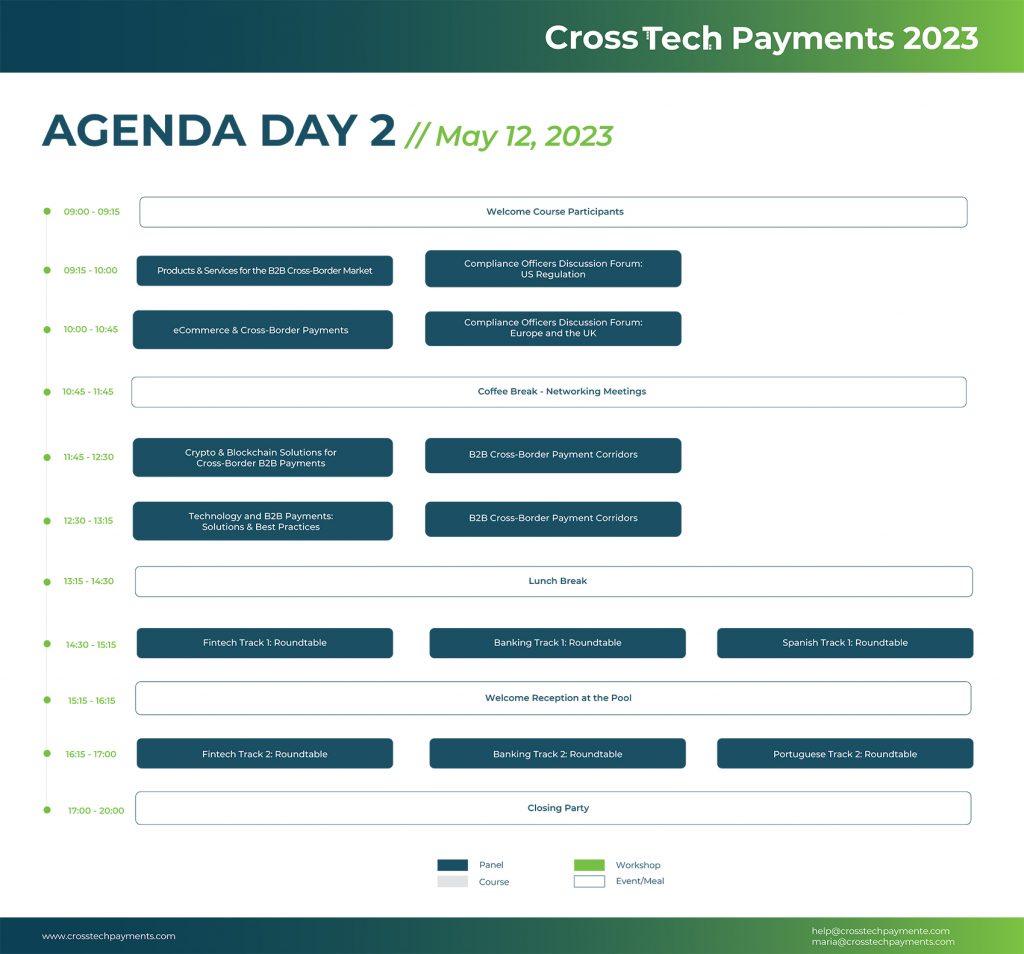