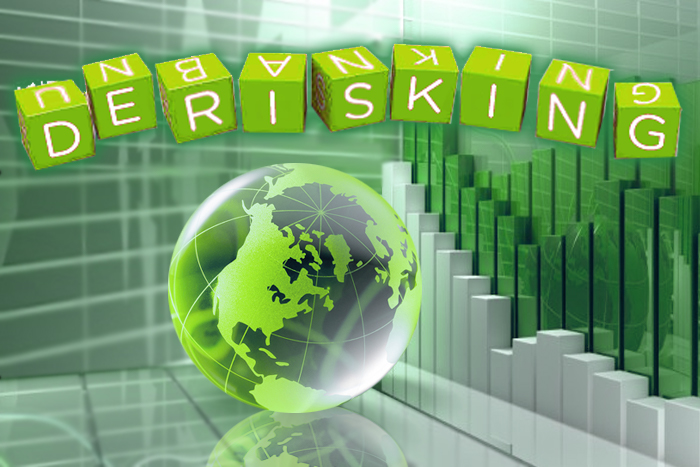 How De-Risking is changing the face of Financial Services worldwide

In July 6th & 8th the Economist published two articles that, again, raised the de-risking threat discussion to new levels. The July 6th article was entitled “The great unbanking [1] –  Swingeing fines have made banks too risk-averse – It is time to rethink anti-money-laundering rules” and the July 8th one: “Rolling up the welcome mat [2]  –  A crackdown on financial crime means global banks are derisking – Charities and poor migrants are among the hardest hit”. For us in the “low-income financial services provider’s sector” [3] the challenges, from regulatory pressures, rise in compliance costs and most of all, de-risking, are a survival issue.

This article is a broad view of de-risking, my opinions on some of the most recent developments that I have been reading, hearing and witnessing recently as we prepare for the “De-Risking Forum” on Nov 30 at IMTC WORLD 2017 in Miami. For detailed analysis on de-risking, its causes and the implications for FIs, you can find many great articles & documents online.[4]

You can read/download the PDF version from here

De-risking keeps hitting hard Money Service Businesses, mostly International Money Transmitters and Foreign Exchange Services Providers and Cash-Dependent Financial Services Providers as well as fintech start-ups. The critical issue in both regions is that most of the larger commercial banks are headquartered there and not only they are de-risking themselves, but they are forcing their correspondent banks to de-risk local businesses. There are many news coming out and I will choose just a few to make my point:

DE-RISKING IN MEXICO AND THE AMERICAS

DE-RISKING IN ASIA AND AFRICA

The Financial Stability Board (FSB) [21] The FSB is monitoring financial stability issues raised by FinTech as well as addressing the effect of de-risking, that “has negatively impacted correspondent banking. De-risking is not in line with the FATF Recommendations, and is a serious concern to the international community, including the FATF and the FATF-Style Regional Bodies. De-risking can result in financial exclusion, less transparency and greater exposure to money laundering and terrorist financing risks.”[22]

The FSB Correspondent Banking Data Report [21] published recently found that every region of the world has been affected by de-risking: Eastern Europe (-16%), Western Europe (-15%), Oceania (-12%) and the Americas (ex North America) (-8%), being the most affected. in 2016, the Caribbean and several regions within Oceania had high and generally increasing rates of decline of Correspondent Banking Relationships (CBRs), close or above 10%. The Economist published this chart using the FSB’s data.

The FSB report follows the International Monetary Fund’s June 2016 report “The Withdrawal of Correspondent Banking Relationships: A Case for Policy Action” [22] which should be read, especially the notes concerning countries affected, categories of customers and business lines. In the report, the IMF reports that 75% of large global banks had withdrawn from CBRs.

DE-RISKING AND THE COURTS

The English poet John Milton coined the phrase “silver lining” in Comus: A Mask Presented at Ludlow Castle in 1634 and “There’s a silver lining to every cloud” is a proverb that I always have in my thoughts when I look for “pros” in different challenging situations. And the de-risking epidemic does have its “silver linings” that I want to point out:

[1] The great unbanking – Swingeing fines have made banks too risk-averse http://econ.st/2tCsI1L

[2] Rolling up the welcome mat – A crackdown on financial crime means global banks are derisking http://econ.st/2unVNwC

[4] I suggest you read the following reports:

[5] Banks are using risk-based approaches to discriminate, some of them avoiding cash based businesses, certain corridors, company size, years in business, type of services provided, etc.

[17]De-risking and its implications on trade finance in Asia Pacific http://bit.ly/2uL34qf

[19] The FSB was established in April 2009 but succeeded the Financial Stability Forum (FSF) founded in 1999. The G-20 has strengthen the role and functions of the FSB in its meetings in 2011 & 2012 and in 2013 the FSB established itself as a not-for-profit association under Swiss law with its seat in Basel, Switzerland.

[22] The Withdrawal of Correspondent Banking Relationships: A Case for Policy Action: http://bit.ly/2uNiJX4

[25] De-risking through education – Introduction to Standard Chartered Correspondent Banking Academy Initiative: http://bit.ly/2tEi8r6 . Note: The name implies that they are teaching local banks to de-risk… although what they are doing is teaching banks to manage risk, I suppose.

[31] Stemming the tide of De-Risking through Innovative Technologies and Partnerships – 2016 http://bit.ly/2valt0z

[32] KlickEx takes Kiwibank to court over it trying to close the money remitter’s accounts: http://bit.ly/2vzYnhE and you can hear Robert in this video interview: http://bit.ly/2gVHCdg

[41]Financial inclusion is a term that is evolving. The “unbanked” are not necessarily financially excluded and GSMA’s MMU (Mobile Money for the Unbanked) programme “has been supporting mobile money services to provide convenient, safe and affordable financial services to the underserved, thereby increasing financial inclusion”. In many jurisdictions, the boundaries between Banks and Non-Banks is gradually changing.

[42] How Tech Giants Took Over the Mobile Payment Market http://bit.ly/2vYqirI

[43] Jack Ma, founder of Alibaba, Alipay, Ant Financial (buying Moneygram), coined the term in late 2016: “TechFin is to rebuild the [financial] system with technology. What we want to do is to solve the problem of a lack of inclusiveness.” Maybe Blake should have included in his article Mr. Ma’s companies too.

[44] Latest GSMA report highlights success of mobile money with over half a billion accounts worldwide http://bit.ly/2ucvZzW