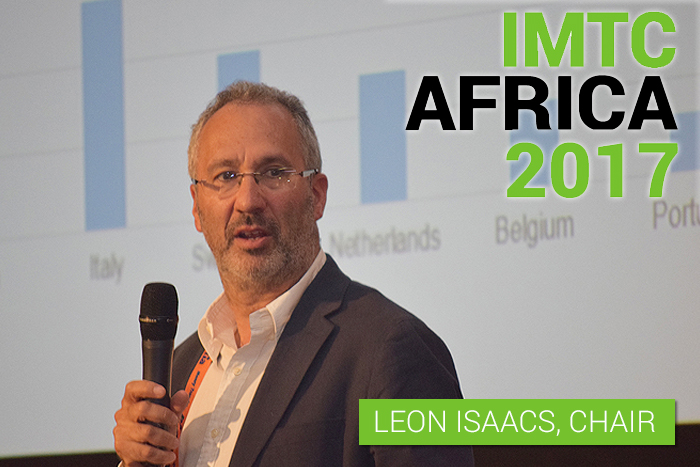 Leon is a seasoned expert and business leader in the payments, remittances and money transfer industry. He has over 25 years hands-on experience and since 2007 has led DMA, Developing Markets Associates, a development consultancy based in the UK that provides a broad range of services that helps to mobilise funds into developing markets.

As the Chair of IMTC AFRICA 2017 taking place on September 20 to 22, 2017, Leon will develop the Conference Agenda which will cover all aspects of money transfer & cross-border payments to Africa and within Africa, with panels & round table discussions to share knowledge, insights & information and develop partnerships that will expand distribution networks and develop new products & services.

Leon stated: “I believe that for AFRICA the coming IMTC in Kenya is very important not only because of the progress of mobile financial services development throughout the continent but the increasing connectivity of banking, mobile, online, payment and remittance platforms that will undoubtedly benefit the end-users in the region. Money Transfer Networks in Europe, North America and Asia are looking at Africa as a model for the development of new products & services. We are developing a program that will bring a whole range of stakeholders together for frank discussions, forming partnerships and sharing of best practice. I am confident that the event will meet everyone’s expectations.“.

SOME MORE INFORMATION ON LEON

Leon was the Managing Director of the International Association of Money Transfer Networks, IAMTN, an international trade association between 2008 and 2013 where he interacted with numerous regulators and stakeholders to represent the industry.

He is an observer to the G20 Consultative Committee of the Private-Public Sector Partnership on Remittances and has a number of honorary roles within the industry. Leon has spoken at, and chaired, numerous international conferences on remittances including at the World Bank, the United Nations and the G8. He was a steering group member of the UK Government’s Remittances Task Force, form its inception in 2005 until the completion of its work early in 2010.

An economist by training, Leon began his career with NatWest bank and subsequently moved to New Zealand where he joined Thomas Cook Group to help develop and establish the world’s first non-bank commercial foreign exchange business.