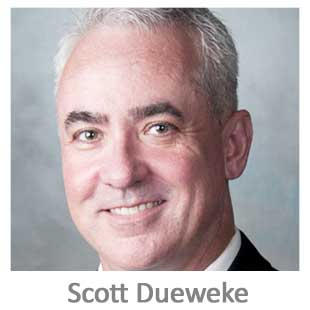 Scott is the owner of Zebryx Consulting in Washington D.C. a company devoted to helping businesses and the public sector in meeting the opportunities and challenges of the new high-tech world. He is also part of Agilex Technologies as the Director, Identities and Payments, where he focuses on managing the change brought on by the threats and opportunities of new digital payment systems.

Scott began his career in politics. While attending James Madison College, Scott was an intern for former Congressman Jack Kemp and worked on his early presidential campaign. After graduating he was appointed by President Reagan to the U.S. Agency for International Development (USAID) as press officer for the Office for Foreign Disaster Assistance. He left USAID to work as a lobbyist on behalf of international non-profit organizations and then co-founded Freedom Flight International (FFI), a humanitarian organization.

After working with First Data and Lexis Nexis, he joined IBM in 1996 as their Global Marketing Manager for the Electronic Payments and Certification Group. He spent the next several years working in electronic payments, which included building an IRS electronic tax payment portal. He began focusing on identity management issues with all levels of government including the intelligence community and federal and state homeland security efforts.  He established himself as a leader in various identity and security arenas, most notably working on contract to the Dept. of Veterans Affairs and the Dept. of Energy helping to guide their response to Homeland Security Presidential Directive 12 which mandated an interoperable smart card approach to security.

Scott was part of Booz Allen Hamilton as a Senior Associate, leading its Identity and Access Management team and the Virtual Identity and Anonymous Payments practice.  In this capacity he worked with the Department of Defense, civilian agencies and the intelligence community enhancing physical and logical security.  As a Chairman of the Advisory Board of SkyLink USA, a leading provider of logistics in unsecured and hostile environments, he helped guide the company’s involvement in air logistics in Iraq and Afghanistan.

Scott has published many articles in Digital Currencies and Virtiual Identity and has been a speaker in numerous compliance and financial services conferences.