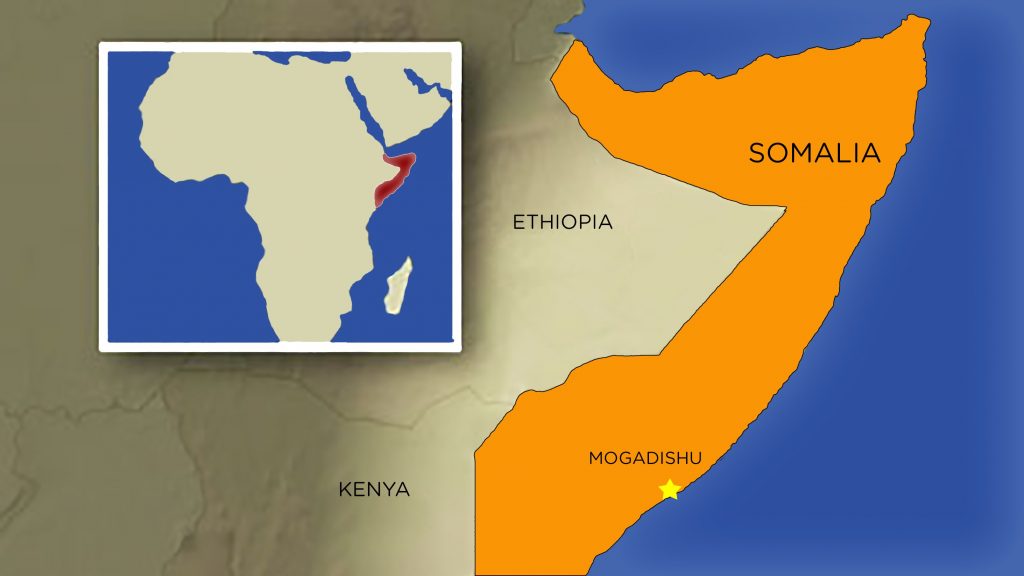 A Bit of History

The Somalian history is an array of misfortunes; from the European countries’ drive to colonize Africa in the 1800’s dividing the land between Italy, England and France, to the effects of World War II in the territory, only in 1960 some parts of the country became independent and names its first president. But that was only the first chapter of more than 50 years of turmoil, with the Cold War also taken its toll, with Soviet advisors, Cuban troops and US intervention. But the clan disputes have never eased out between Mijertyn, Isaq, Dhulbahante and Marehan clans (among others) and war lords disfigured the country with their atrocities.

Somalian pirates became big news with more than 200 attacks of cargo ships in 2011. Add to that mix religion and the last decade has seen the rise of Islamists militias with Al-Qaeda and Al-Shabab fighting any type of political union between the ever-struggling political figures that have decided to lead the country out of the chaos. We do have to mention its neighbors, Ethiopia & Kenya, who have intervened to keep the fights from spilling over the border . But it’s innocent civilians that always suffer the most: from around 500,000 to 1’000.000 Somalis have died in the last 20 years, from violence and famine. And it’s innocent people who are again suffering, waiting for their remittances to arrive.

Note: Somalian is the citizen of Somalia; Somali is an ethnic group/language. But not everyone agrees with this.
http://bbc.in/1FxTeF0: For more detail see: A Timeline of Somalian History

With a history of conflict Somalis have left the country to seek a better future. There are significant Somali communities in the United Kingdom and the US (150,000 in each country). There are also large Somali communities in the Netherlands (50,000), the Scandinavian countries, Saudi Arabia and the UAE, as well as South Africa and Australia; it’s the largest minority in Finland! Somalis are entrepreneur by nature, establishing businesses to serve their communities and in the Twin Cities (Minneapolis and Saint Paul) in the US, more than 600 businesses are Somali, so much that July 1st was named Somali American Day there. The Somali Diaspora carries with them some of the rivalries that have torn this nation.

Each year, Somali migrants around the world send approximately $1.3 billion to Somalia . Of that, approximately $215 million comes from the US (16%), comparable to the total amount of development and humanitarian assistance that the US government sent to Somalia in 2012 ($242 million). Remittances sustain the survival of 1 out of 4 of the 10 million Somalis living in the country.
In the 1970s and 1980s, the usual method of remitting money to Somalia was for Somalis in the Gulf to purchase consumer goods and ship them to their families at home, who sold them for cash . They also used traders using a system known as “Cadeyn”, a sort of Hawala system with trusted clan members ensuring the safety of the system. But when technology advanced and Somalis went farther away from home, MTOs appeared, Forex Brokers that paid remittances in the country and sold the overseas funds to traders and other businessmen. Highly entrepreneurial, Somalis started their own remittance services where their settled serving their communities and as local transfer services grew, regulatory pressures made them establish business entities and seek licenses, develop KYC protocols, etc. Approximately 20 money transfer operators (MTOs) send money between the US and Somalia. Most are small to midsized Somali-owned businesses that were established in the late 1990s and early 2000s. Three of them, Dahabshiil, Amal Express, and Qaran Express, have presence in several markets and in 2009, provided 60% of the remittances to the country. Only 25% it is believed to be done through informal channels nowadays.